"There was no easy way to move a dead body.  Militine Scott had this on the best authority."

Isn't that a great opening line?

Militine Scott lives and trains at the Madison Bridal School in Seattle.  Although she has no desire to marry, there she feels safe from being discovered by anyone from her past.  She is best friends with Abrianna Cunningham, niece of the school’s matrons who have raised her since she was orphaned.  Abrianna is impulsive and headstrong, yet entirely devoted to God and serving Him.  Thane Patton is a poor, hardworking friend of the girls, and is best friends with Wade Ackerman, a carpenter who has been Abrianna’s friend since childhood.

The foursome work together under Abrianna’s leadership to open a soup kitchen, providing lunch for homeless men on Seattle’s waterfront.  Abrianna has such compassion for the destitute, and longs to do even more for them.  This leads her to accept a courtship from wealthy Priam Welby, known throughout Seattle for his underhanded dealings.

Throughout the story, the foursome grows in their relationships with each other and with God.  Thane especially respected Wade’s faith, and saw the difference it made in his life, enough to reach out to God on his own.

Because of the social mores that were proper to follow in the late 1880s, the book had a serious tone to it.  But several characters, especially Abrianna, certainly lightened it up.

Plot twists (which I won’t spoil) made this an interesting book to read.  As the second of the Brides of Seattle series, my enjoyment or understanding of the book was never impeded by not having read the previous book.  Those who enjoy historical romance will enjoy this book.  Those who have a heart for the downtrodden will especially relate to Abrianna.

I received this book from the publisher, Bethany House, in exchange for an honest review, which I have given. 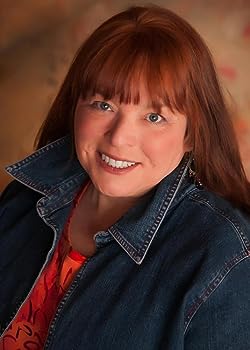 Tracie Peterson is an award-winning, best-selling author of over 100 books.  Having given her heart to Jesus at the young age of six, Tracie has always felt called to some form of ministry, and writing fulfills that mission field.  Tracie received her first book contract in November, 1992, and saw A Place to Belong published in February 1993 with Barbour Publishing’s Heartsong Presents.  She wrote exclusively for Heartsong for the next two years, receiving their readership’s vote for Favorite Author of the year for three years in a row.  In December, 1995, she signed a contract with Bethany House Publishers.  Tracie now writes exclusively for Bethany House Publishers.  Tracie was awarded the Romantic Times Career Achievement Award for 2007 Inspirational Fiction and the 2011 Lifetime Achievement Award from American Christian Fiction Writers.  Making her home in Montana, this Kansas native enjoys spending time with family-especially her three grandchildren-Rainy, Fox, and Max.