Book review with a giveaway: Their Daring Hearts by Sharlene MacLaren 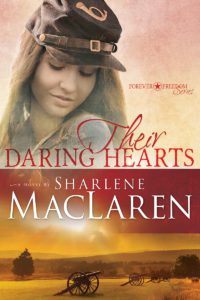 Levi Albright rebelled against his Quaker roots to fight for abolition in the Union army in the first year of the Civil War. Two years later, 19-year-old destitute orphan Josephine Winters, with her chopped hair, boy’s clothes, and new name, “Snipp,” enlists in the Union army out of desperation.

Just over five feet tall and barely weighing as much as a newborn calf, Snipp seems to Levi to be barely old enough to hold “his” gun. But despite being teased by the regiment, Snipp quickly earns admiration for skill with a musket and unequaled bravery. When Levi explains one night that he is a Quaker leading a regiment, it leads to a late-night discussion of faith and a developing friendship.

But Snipp’s secret can only be hidden for so long. After an injury forces Josie to reveal her real identity, Levi is angered by her deception. Worse, Josie is marched out of the company without a chance to explain—or even say goodbye. Will their friendship survive? Or will the hatred saturating the war-torn nation affect even the heart of a peace-loving Quaker?

I was really impressed with this book.  Set in the midst of the Civil War, it took regular people-people who were dedicated to God, their families, and their country-and made them very real.

Author Sharlene MacLaren penned a very well-researched novel.  Although I didn't fact check, I know that places and battles that were mentioned were actual, because those places are near where I live.  The way the supporting characters were listed so carefully, I wondered if they were actual people.

The action of the battles, combined with the interaction between characters, with some mystery thrown in, kept me turning the pages and thoroughly enjoying this book.  Civil War history fans will certainly appreciate this book as well.

I received a copy of this book from the publisher, Whitaker House, through Celebrate Lit, for review purposes.  The thoughts expressed here are my own. 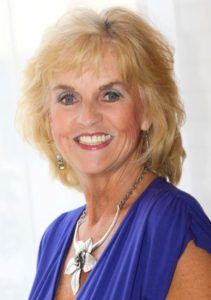 Born and raised in western Michigan, Sharlene MacLaren graduated from Spring Arbor University then traveled nationally with a contemporary Christian vocal ensemble. She married Cecil, with whom she’d grown up in Spring Arbor, and the couple had two daughters. Shar embarked on a teaching career that would span over 30 years. As she contemplated retirement, Shar sought God’s guidance, praying for a vocation that would provide the kind of fulfillment and joy she experienced as a teacher and mother. A lifelong gifted story teller, she began to write Christian romance novels. Her first book, Through Every Storm, published in 2007, was met with critical acclaim and brisk sales. The rest, as they say, is history. Whitaker House’s bestselling fiction author, she’s subsequently published 18 books, mostly historical romances. Shar enjoys reading, singing in her church choir and worship team, traveling, and spending time with her husband, children, and grandchildren. She’s very interactive on Facebook and Twitter. For more: www.sharlenemaclaren.com, www.facebook.com/sharmaclaren, Twitter @ sharzy_lu.

To celebrate her tour, Whitaker House is giving away: